Which Style is Best? 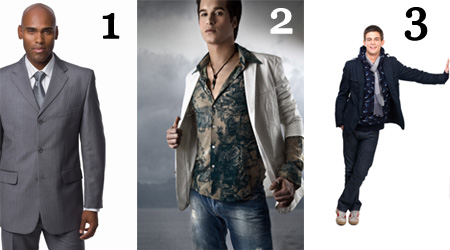 If I were to gather in one place the nastiest comments I’ve heard about style and see the big picture, I’d reach the conclusion that they all criticize one style or another.

Here’s what I mean by this: a lot of folks go into the site, look around, then criticize all other styles except their own. As far as they’re concerned, the others should not even be considered stylish.

Some might say leather shoes are the only ones that are worth wearing and that sneakers are for sporting activities only. The next guy swears sneakers make the best casual outfits and literally hate leather shoes, which make them feel uncomfortable. This realization is more complex that I initially imagined.

if you’re not the type who likes endless discussions, this article may bore you. I recommend other, more practical ones, or my eBook.

OK, now that you’re still here, let’s see if we can answer the question in the title: which style is best?

But before that, let’s answer the more general question: how many styles are there?

The answer is: a lot of them! Style is a way of expressing oneself and it includes more than just clothes. People think mostly of clothes because that’s what the media teaches them. It teaches us less about attitude, body language, and more about expensive clothes.

The number of styles is equal to the number of people on planet Earth. You can’t say that someone is not stylish just because you don’t see yourself wearing what he’s wearing or behaving the way he’s behaving. Obviously, a lot of people wear stained or old clothes without caring. For them, there’s A LOT of room for improvement.

Because I’m a visual person, let me show you a photo and ask you a question. With which of the three men in the picture below do you identify better?

The first guy is wearing a suit so he’s dressed formally. The second one is wearing jeans and a sports jacket, thus combining formal and casual. The third one is 100% casual.

The truth is, no matter which answer you give, they are all correct. Style is something that you CHOOSE not something that is IMPOSED to you. You can be stylish wearing a suit as well as sneakers.

Style evolves through innovation. Through trying new things. The fact that an outfit seems ridiculous is nothing than an emotional response from your part. This emotional response was generated by the difference between what you knew about style and what is presented to you as style.

Just like when you’re taking a hot water shower and then you switch to cold water, your mind reacts to extravagant outfits in a similar manner.

Let me give you another example. The first time bikinis were introduced (at a fashion presentation that took place in Paris in 1946), the reaction was… shocking! Nobody has ever witnessed before such a display from women. I assume that today, in 2010, you don’t forbid your girlfriend or wife to wear bikinis, right? But you probably would have done so if you lived back in 1946…

My message is the following: criticize styles but bring solid arguments when you do it. I’m not asking you to change drastically, in fact, I’m happy that you have a style of your own, but it won’t hurt to take a peak at what others are wearing. No matter how extravagant, there are reasons behind their outfits.

The more receptive you are to different styles (without necessary adopting them), the more you’ll evolve in style.

Previous Article
The Gray Suit, Right for Every Occasion
Next Article
Everything about the French Cuff 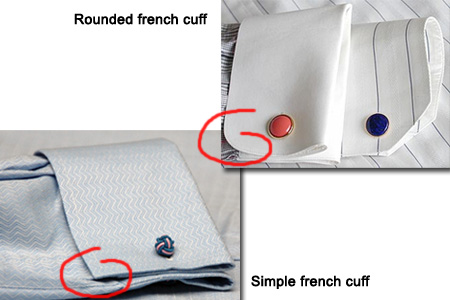 Everything about the French Cuff
George Lavas May 2, 2010