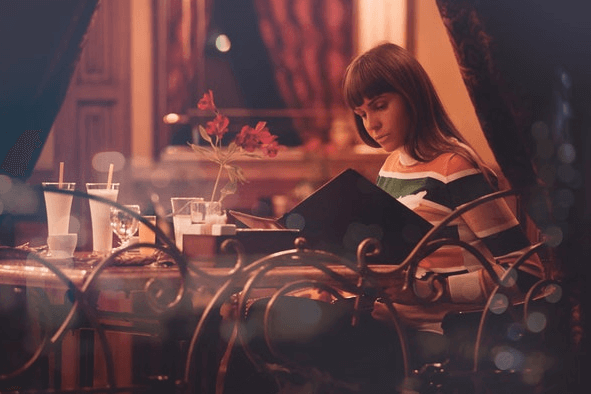 How many times do you think single women have been “set up” on a date by their friends who are in relationships? Quite often is the answer. It’s almost as though their friends think that being single is a cry for help and it’s their duty and mission to play Cupid in their life. That supposed “cry for help” is one of the biggest misconceptions men have about single women. Why is it so hard for men to believe that a woman who’s single can’t be both single and happy?

There are several ways that people find fulfillment but for women, society has led a lot of women to believe that marrying a man and having children together is the ultimate life accomplishment. Yes, finding someone that she can grow old with is certainly a beautiful thing but some women are in different stages in their lives.

Maybe she’s not just settling for any man that crosses her path… and then again, maybe she’s at a point where she’s finally able to focus on herself more. Whatever the case may be, being single isn’t always some sad love song that a lot of men like to make it out to be.

The Stereotypes That Come With the Misconceptions

Everyone is probably familiar with the nicknames of “spinster” and “cat lady,” referencing the aspect of being older in age and unmarried or having no one that loves you except your cats. The other stereotype for single women is that they’re too independent with a strong focus on their career, education, and traveling.

Psychology Today points out that a woman can indeed be extremely successful and still be in a long-lasting relationship… women do it all the time. The key is whether or not the woman wants to do so. These are all negative stereotypes that single women deal with on a daily basis. To offset those negative stereotypes, there are “positive” stereotypes, if there is such a thing. The positive stereotypes is that being single as a woman is one big partying lifestyle. That couldn’t be any farther from the truth. Just because a woman is single, that doesn’t mean that she’s consistently in a club every weekend looking for a man.

Just because a woman is single, that doesn’t mean that she’s consistently in a club every weekend looking for a man.

For men, the stereotype of “party animal” is looked at as a toast to the single life. They can have all the fun they want without the commitment to anything serious… They get to have their fun with no strings attached and still not be considered a “Mr. Spinster.”

Although these stereotypes and misconceptions for single women aren’t fair, they are quite comical because of just how untrue they really are. If you’re needing a good laugh today, take a look at some common misconceptions that men have about single women just because they aren’t dating.

Misconception 1. Something is Wrong With You

Why is it that if an attractive woman doesn’t have on a wedding ring or isn’t dating anyone, she must be crazy. How many times have you went on a date and asked a woman “so why are you still single?” ALL the time. But the crazy thing is, once she tells you why she’s single, you don’t believe her!

Men will say “something must be wrong with you then… are you crazy?” As if that’s an appropriate question to ask someone. That question can really be hurtful to ask if she’s trying to get back on the dating scene after a long-term relationship ended. And even if that woman was indeed “crazy,” she’s not going to tell him that on the first date! He’ll just have to experience her wrath when he has it coming!

Misconception 2. Your Sex Life is Dead

Just because a woman is alone, that doesn’t mean she’s lonely. Trust and believe that a single woman doesn’t have to be in a committed relationship to have a thriving sex life. The fun that comes with “no strings attached” is not designated to just men.

A woman can have that same type of fun, especially if her singleness is due to dedicating her time to advancing her career. If her time is spent mostly for work, she’s probably not going to have the time necessary to commit to a relationship.

There is indeed such a thing as sabotaging a relationship if you’re someone who is afraid of commitment. Consciously or subconsciously, you may tend to pick out minor flaws in the other person as a way to keep a relationship from developing. However, this is typically an issue that is way more complex and stretched beyond the realm of being too picky.

When someone tells a single woman that they’re too picky, what they’re really telling her is that it’s her fault that she’s single. That’s a little thing called having standards. If a man doesn’t challenge her, make her laugh, make her happy, or just simply bores her, then why should she settle for him?

When someone tells a single woman that they’re too picky, what they’re really telling her is that it’s her fault that she’s single.

There are people stuck in very unhappy relationships out of fear of being single until. It isn’t until they realize that being single might be the best option for them. So don’t rule out pickiness… sometimes people need to get more picky to prevent them from being in terrible relationships!

Previous Article
Do Men Use Hairdryers As Much As Women?
Next Article
5 Tips To Make Your Engagement Memorable Without Breaking the Bank

5 Tips To Make Your Engagement Memorable Without Breaking the Bank
George Lavas April 8, 2019