What You Need To Know About Vaping (A Beginner’s Guide) 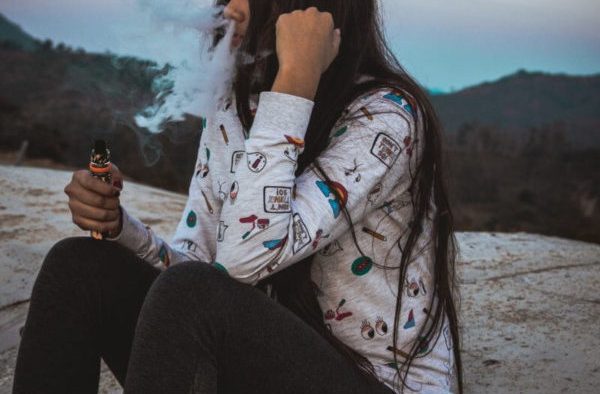 You may have heard a lot about vaping recently, as vape devices becoming increasingly more popular.

There have also been a number of concerns expressed recently around the health effects of vaping, as well as a rise in the number of teenagers using vape devices, especially in the US. So is this something we should be worried about?And what exactly is vaping and how does it work?

We’ll cover all of this and more in our beginner’s guide to vaping.

Let’s start with the basics! Vaping involves using a device which heats liquid in order to produce vapour, which is then inhaled. Vaping was invented as an alternative way to use nicotine rather than inhaling harmful tobacco smoke, so most vape liquid contains nicotine in various strengths. The liquid is also generally flavoured with anything from vanilla to coconut, and some people even vape nicotine-free liquid simply for the taste.

Vaping was invented as an alternative way to use nicotine rather than inhaling harmful tobacco smoke, so most vape liquid contains nicotine in various strengths.

Since the commercial release of vape devices almost 15 years ago, there has been concern over the potential long terms health effects of vaping. To date, even after a number of scientific studies on the subject, no known long-term health effects of vaping have been found. However, it is simply too early to be certain of true long-term effects, which may manifest decades from now. Equally, we cannot be certain of the long-term effects of passive vaping, which is why some countries have introduced restrictions around vaping in public spaces.

However, what we do know is that vaping is much, much safer than smoking cigarettes. A number of studies have confirmed this, such as this one from Public Health England which found vaping to be 95% healthier than cigarette smoking. Of course, vaping generally involves inhaling nicotine, which is a highly addictive chemical and can be harmful in itself.

Therefore, as an alternative to smoking vaping is certainly much, much healthier, though there is a risk that those who have never smoked cigarettes, especially teens, will start vaping and become addicted to nicotine. The practice has also been recommended by some health professionals as a way to help smokers quit nicotine for good.

As an alternative to smoking vaping is certainly much, much healthier, though there is a risk that those who have never smoked cigarettes.

Depending on where you live, vaping is probably 100% legal as long as you are over 18. In the US, Canada, UK and Europe it is legal to sell, buy and use vaping equipment. In most of these countries there are strict government controls over the type of equipment which can be sold, but these are generally aimed at protecting the consumer to ensure a level of quality and safety, and to make sure that the proper information is available to the public.

Some countries have strict regulations around vaping which limits the sale and use of vape devices, such as in Australia and Dubai, and in other countries, such as Singapore, Brazil, Uruguay and Thailand, vaping is completely illegal and the sale or importation of vaping equipment can attract large fines or even jail time.Both the US and the UK recently introduced strict measures on the sale or supply of e-cigarettes to minors under the age of 18, to try to discourage teen vaping.

What Equipment Do I Need To Vape?

If you are thinking about trying vaping you’ll need a few different pieces of equipment.

Costs can range significantly depending on the type of kit you buy, but you can get a good quality starter kit (including vaporiser, tanks, coils and batteries) from around $60. A 30mL bottle of e-liquid will cost around $15 – $20, though this also depends on the type and brand. Regular vapers will buy 2 or 3 of these bottle a month.

Even if you choose more expensive brands of vaporisers and e-liquid, it will likely work out to be much cheaper than smoking cigarettes: a pack-a-day smoker in the US spends around $3000-$5000 on cigarettes a year, and around £3800 in the UK.

What are the Different Types of Vaporisers?

Although vaporisers are commonly referred to as “e-cigarettes” there are actually a few different types of vape devices:

E-cigarettes or electronic cigarattes are long cylindrical vaporisers with a build in tank and battery and are usually shaped something like a cigarette, though generally are a bit larger than a traditional cigarette.
Box Mods are larger, square shaped vaporisers which have more powerful batteries and are therefore preferred by serious vapers because they produce more vapour (or a bigger “cloud”).

Mini Box Mods are also square shaped and deliver more power than e-cigarettes, but are more compact and discrete: some models such as the Coolfire Mini, are portable enough to put in your pocket.

Vape pens are small, sleek and extremely discrete and unlike e-cigarettes, generally do not look anything like a traditional cigarette. The wildly popular Pax JUUL vape pen, for example, is a slim rectangular shape.

Disposable e-cigarettes are all-in-one vaporisers which you throw away once the e-liquid is finished. They are fairly widely criticised because they quickly become much more expensive than reusable vaporisers.