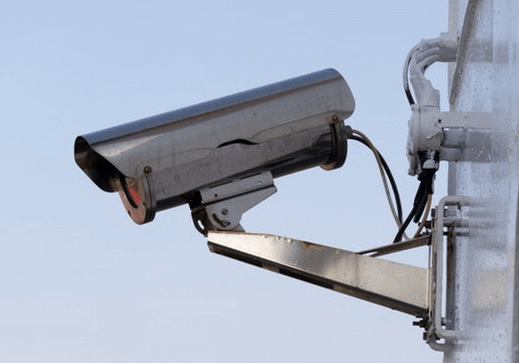 The discussion over the need, and benefits of having eyes in the back of one’s head, has long been discussed, especially by a mother catching her darlings up to no good, or the business owner ruing his missing stock. The human being simply cannot be in multiple places at the same time, or be omniscient, and those who are up to no good are well aware of this fact. Times have changed a little though, and while the potential thieves will still remain on the prowl, the property owner now has the tools, to be able to monitor exactly what is going on at every part of his business, in real time and recorded for later, closer analysis.

Thieves and vandals are rarely in a rush to get themselves arrested, and are well aware of the possibilities of technology these days to monitor and record activity.

Thieves and vandals are rarely in a rush to get themselves arrested, and are well aware of the possibilities of technology these days to monitor and record activity. When it is immediately visible that you have cameras recording activity inside and outside your property, such people are likely to whistle their way down the road, looking for easier pickings. The camera doesn’t call it a day at five thirty on a Friday afternoon either, so even when you and your staff are absent from the building, you can still effectively be there, monitoring the system remotely.

In the not too distant past, a case coming to court would have to rely on witness testimonial, which can be a little unreliable in remembering precise details and actions, often some months after the event. Being able to provide video evidence of exactly what happened, and in what precise sequence can add a great deal of weight to the case for, or against the accused. From the home perspective, you can quickly instil in the kids that there is no point lying about who just created havoc, because mum just watched it in replay, or live on the TV.

Many suburbs have an excellent level of CCTV installation in Melbourne, which has tended to make them a better community in which to live for everyone there. People are far less likely to be stupid or reckless, when they are aware that there is a good chance that their actions are being monitored and recorded. While the discussion continues about the “Big Brother” aspect of surveillance, there can be no doubt for the smaller business, where theft, burglary and other crimes are more common than in larger enterprises, quality security has become a vital requirement.

When you have recorded good quality footage of exactly what is happening, or just happened, you can be safe in the knowledge that whatever it was, didn’t go undetected. There has been a growing number of public liability cases brought against property owners, with some of them of a highly questionable nature, it not outright fraudulent. CCTV evidence can ensure that “accidents” are recorded, so a case can be swiftly decided upon, jettisoning those obvious as spurious promptly.

When you have recorded good quality footage of exactly what is happening, or just happened, you can be safe in the knowledge that whatever it was, didn’t go undetected.

Despite amazing medical advances, it remains unlikely for the foreseeable future, that mum ever will grow that extra pair of eyes to watch her mischievous offspring, but like the businessman losing stock, you can watch very closely wherever you feel appropriate, and those being watched know you are doing it too.