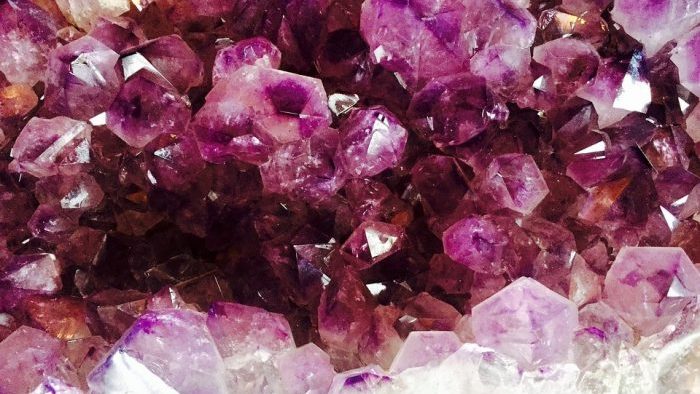 February, especially is a popular time for engagements. Some people find it appropriate to start the year with a great, life-changing event. Or maybe it’s because the holidays probably create an air of romance. Whatever the reason or the season is, engagements are significant milestones in people’s lives, and people take the time to make such events memorable. That is why choosing the right engagement ring is always among the top considerations before one pops the question.

People can only do so much to be creative in their proposals, but the engagement ring becomes the star of the show too, as there will always be questions and comparisons about what the ring looks like. If you don’t know which stone is perfect for your engagement ring, read on for suggestions.

There is no doubt as to diamond being a favorite choice for engagement rings. Long associated with purity, diamond is a unique arrangement of purely carbon atoms. It takes a long time for diamonds to be formed under intense heat and pressure, and it’s usually because of volcanic eruptions that they emerge on the earth’s surface.

The arduous process under which a diamond is formed makes the stone more valuable. Because of that, anyone who wants to buy and customize a diamond engagement ring should know the four Cs: cut, clarity, carat, and color. These will help the person determine how much their stone is worth.

With a rating of 10 on the Mohs scale, diamond is considered the hardest mineral. As such, it can scratch other stones in your jewelry collection. Make sure to store your jewels properly to avoid any damage.

In Greek, sapphire means “blue,” but sapphires can range from peach, to yellow, to green, and even white. Sapphire is the third hardest mineral on the Mohs scale, with a grade of 9. It is usually found in Myanmar, as well as in Sri Lanka and the Kashmir region.

The rarest sapphire is the Padparadscha sapphire, which is a combination of pink and orange. It can fetch as much as $8,000 per carat and is found in Sri Lanka.

Sapphire is associated with trust, loyalty, and honesty. It is one of the birthstones for September.

Amethyst ranks 7 on the Mohs scale, but it is just as durable as diamond is. A well-cut amethyst can make your engagement ring stand out even more, and its color can go well with both white metals and yellow metals.

Amethyst’s deep purple shade is associated with royalty, which is why it was a favorite among kings and queens in the olden times. Amethyst has been used as early as during the Neolithic period. Ancient Greeks and Romans believed that they can keep themselves sober if they wear amethyst stones.

Associated with cleansing and intuition, amethyst is the birthstone for people born in February.

You can recognize an emerald right away because of its green hue, but sometimes, it has hints of intense blue. Because of its color, it is associated with rebirth and is believed to be the stone of Aphrodite, the Greek goddess of love. The deeper the green is, the more expensive the emerald becomes.

Natural emeralds usually have inclusions, or flaws, which are a result of rock formation and faulting. That doesn’t mean, however, that the emerald is less valuable when it has flaws. In fact, inclusions are expected when buying emeralds. The ones that look clean to the unaided eye are rare.

Meaning “seawater,” aquamarine is the color of the sea and the sky, a pale blue. Sometimes, aquamarines can have a deep color or greenish-blue hue, which is not surprising since they are part of the emerald family.

Sailors in the ancient times wore aquamarine, believing it can prevent seasickness. Aquamarine is also considered a lucky stone and symbolizes peace and eternal youth.

Sometimes, aquamarine is mistaken for blue topaz, which is less expensive. Always ask an expert gemologist for a correct appraisal of your aquamarine ring.

Choosing an engagement ring is a tedious process at times and will require you to do some research. There are a lot of options for the stone in your engagement ring, but the more important thing to think of is the commitment that goes with the ring. An engagement usually leads to a marriage, which is the bigger decision to make.

Live Casino Experience from the Comfort of your own Home
George Lavas February 27, 2018