Inside The World Of Prosthetic Limb Design 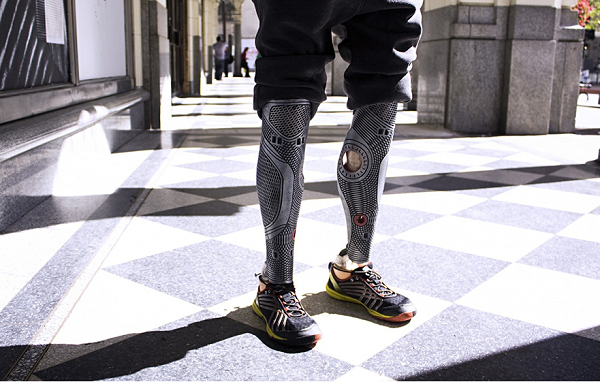 For years, prosthetic limbs have offered a practical solution to those in need of them. Losing a limb can be an emotional and strenuous experience, and while compensation for loss of limb could be available, it isn’t always enough. However, designers and technicians all over the world are answering this in kind. While prosthetics thus far have been created with practicality in mind, an increase in knowledge of how prosthetics work and what we can do with them is opening the industry up to something new – now, designers are creating prosthetics with an aim to empower. With this section of the industry only just beginning to emerge into mainstream culture, we’ve decided to investigate a little deeper into the hidden world of prosthetic limb design.

The Alternative Limb Project was founded by Sophie De Oliveira Barata with the intention of using prosthetics to create highly stylised art pieces. The ALP gives prosthetic users the chance to express themselves just as they would with everyday fashion, whether that’s by creating a hyper-realistic limb that allows them to blend in, or something personalised and stylish to help them stand out.

Her creations are so much more than just prosthetics – they’re an exploration of body image, personality, modification, evolution and so much more, all while promoting a deep, positive conversation about what prosthetics are what they can mean to the wearer at any one time. The company even offers assistance with funding through insurance and legal claims, as well as through sponsorship, so those who can’t afford these stylised prosthetics out of their own pocket don’t have to miss out.

Let’s be honest – you can get designer everything nowadays. Designer clothes, designer shoes, designer curtains and more are all available to pick up in today’s market, so was it truly a surprise that designer prosthetic limbs have followed? Remember how we mentioned that Sophie De Oliveira Barata creates anything, from hyper-realistic prostheses, to elaborate pieces designed to reflect the inner personality of the wearer? While her hyper-realistic limbs give wearers back the ability to blend in if they so choose, her more out-there designs cater to those looking for something a little bit different, so amputees looking to stand out truly are in luck with her designs. From arms designed like coiling snakes, to jewel-studded lower legs, there is plenty she can do to cater to any requirements. After all, in Sophie’s own words: “Instead of seeing what’s missing, you see what’s there.”

Technology is making its way into every aspect of our lives, and prostheses are no exception. While the use of technology to improve prosthetic limbs is no secret to most, the use of it within the design certainly is. Robotics, thought-control, being able to feel the limb and so much more are starting to be incorporated in everyday prosthetics, but designers are taking the inclusion of technology to a new level.

Remember Sophie De Oliveira Barata? Well, she’s done it again, with a slick, functional appendage that packs a lot of tech! James Young, a biological science graduate, was sporting a full bionic arm by the time her designs were complete – a 3D printed hand received signals from electrodes in a body harness to be able to perform gestures, and a removable panel in the shoulder allowed for storage and charging of a camera! There were lights that reacted to heartrate, a blue-tooth enabled wrist that held a USB port, torch, laser and a screen that connects to a phone and more! While this is hardly on the mainstream market just yet, it’s only a matter of time.