Does a Guy’s Appearance Matter at Work? What the Research Says 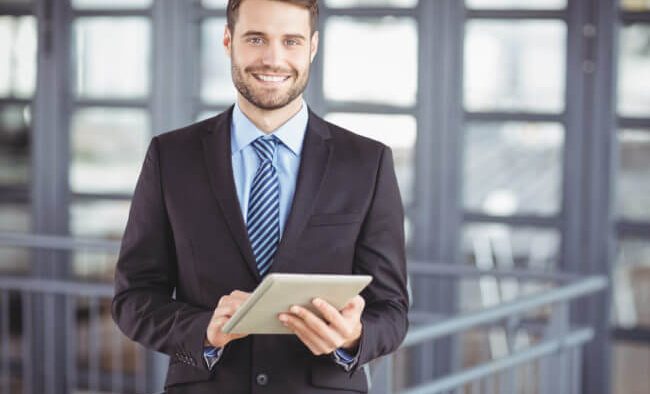 We know that a man’s appearance matters in the world of dating but when it comes to our career, does it matter? According to countless studies on the topic, how a man looks can greatly impact his career. Everything from the shoes you wear to how tall you stand can significantly influence your success at work.

Whether you’re applying for a job or trying to land a promotion, the following studies show that how you look is essential to furthering your career:

Dress Up to Become a Better Negotiator

Want to master the art of negotiation? Put on your best suit. According to a study published in the Journal of Experimental Psychology, our clothes signal our social status to others and have the potential to change our behaviors at the negotiation table.

our clothes signal our social status to others and have the potential to change our behaviors at the negotiation table.

In the study, male participants dressed in either sweatpants (lower class), their normal attire (neutral) or a business suit (upper class) and interacted with another participant of a different class. The study found that those who dressed up in a business suit had more profitable outcomes and favorable deals than those who dressed in their normal attire or sweatpants.

The study suggests that the outcomes are caused in part by a drop in testosterone in the low-status individual, which studies show can make the individual less aggressive in negotiations. However, it’s also likely that wearing a suit can make the wearer more confident, as we’ll discuss later.

Some men may accidentally hurt their careers because they don’t think about the long-term. If you want to see the bigger picture and move up the career ladder, start donning a suit.

According to a study published in Social Psychological and Personality Science, clothing style can influence abstract cognitive thinking, which allows you to view things broadly rather than get bogged down by the details. Researchers conducted five different experiments to examine the relationship between clothing and abstract thinking and discovered the following:

In other words, wearing a suit can help you think more creatively and interpret the world differently. If you want to feel truly powerful, get a bespoke suit—nothing says well-dressed and powerful than a man in a well-fitting suit.

Looking Younger Can Give You an Edge

Are you beginning to get crow’s feet around the eyes? It might be beneficial to your career to restore your youthful appearance. Although it’s illegal in the workplace to discriminate against someone based on age, it’s all too likely to happen to both men and women.

One study from the San Francisco Federal Reserve uncovered some troubling findings when they sent out fake resumes to hiring managers. Researchers sent out more than 4,000 resumes for 13,000 positions. The resumes were identical except for age and gender.

The study confirmed what most of us already knew: Older people are less hirable than their younger peers. If you want to remain hirable, it’s essential to start taking better care of your skin in order to reduce the appearance of tell-tale signs of aging.

Tired of being passed up for a promotion? Your looks could be to blame. There is ample research to suggest that attractive people are more likely to earn more and be thought of as more competent in the workplace.

Researchers call this the “beauty premium” and have been publishing studies on the topic since 1994. According to a study published in American Economic Review, researchers found attractive people earned wages 12 to 17 percent higher than their plain-looking coworkers.

According to a study published in American Economic Review, researchers found attractive people earned wages 12 to 17 percent higher than their plain-looking coworkers.

One possible reason for this is thought to be the higher self-confidence of attractive people. Confidence and salary have a strong correlation and studies show that people with greater self-worth are more likely to get promoted and earn better wages.

Another study suggests that employers believe attractive people to be healthy and more intelligent than ordinary-looking applicants. This type of cognitive bias is referred to as the “halo effect,” in which our overall impression of someone is influenced by a single attribute (in this case, physical beauty).

The next time you’re negotiating your salary, stand up straight to make yourself look taller. Numerous studies have suggested a link between height and successful careers.

According to a study published in the Journal of Applied Psychology, researchers found that every inch of a man’s height equated to a salary increase of about $789 per year. Again, one possible explanation for this bias is that tall people may have more confidence, which often leads to more promotions and higher salaries.

Being tall is certainly an advantage in the workplace but don’t let this discourage you if you’re on the shorter side. Although being tall can help people see you as a leader, other studies indicate that your self-esteem plays a significant impact on your earnings.

We’d all like to believe that we’re judged at work solely for our skills but that’s not realistic. The truth is that men are judged for how they look in the workplace and it pays to put effort into your appearance.

We’d all like to believe that we’re judged at work solely for our skills but that’s not realistic.

By making a few simple changes to your wardrobe and morning routine, you might be surprised at how easy it is to improve how you look. Although some changes might take a month or two for you to see results (i.e., skincare), the confidence you’ll gain from it could boost your career.

Previous Article
Treat Yourself with These 5 Must-Have Fashion Accessories
Next Article
Looking for the Perfect Flooring? Hybrid Meets All the Requirements

Looking for the Perfect Flooring? Hybrid Meets All the Requirements
George Lavas November 14, 2018