Custom vinyl records are great, but are they really better than CDs? 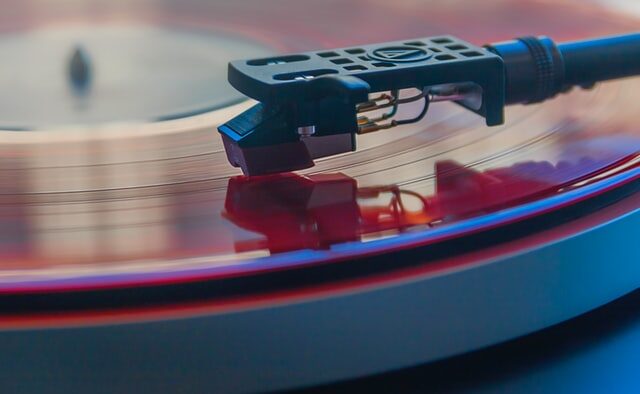 Did you hear the latest music news?

Last year, for the first time since a long, long while, vinyl record sales have surpassed CD sales. CD has already been steadily declining as it’s rapidly being replaced by streaming and downloads but vinyl has been going strong, and proving to all of us that good formats never die. In the US alone, 27.5 million vinyl units were sold. And in 2021 and beyond, music industry experts are sure vinyl will continue to rise.

Here are some of the reasons people prefer the vinyl over CDs:

#1 Closer to the original sound

Tracks and musical scores that are pressed on vinyl records are analog recording. This means that all the sound information is not lost in the process. Analog recording is an exact replica of a track or audio. And this exact replica is carved on lacquer and pressed on vinyl pellets through stampers. CDs on the other hand are digital recordings that take only pieces of that wavelength while missing some bits of the wavelength in between those taken pieces. Take for example the original wavelengths of a track. What happens in analog recording is that they take pieces of it and reprogram it to a similar form or sound through rounding it off to the nearest number. After doing so, they piece them together which forms a staircase instead of a wave. For this reason, vinyl records are better at delivering the sound that musicians intend to deliver.

#2 The crackle and pop creates a cozy listening experience

A mastering engineer in Portland’s Telegraph Mastering, Gonsalves, said that vinyl records pin very closely to the way that we human beings hear music organically. This is indeed true for along with the analog record the surface noise that the record player produces also adds to the natural sound the vinyl records give. It has that little bump on the low end and a little roll-off on the high end so that the harshness of the audio is removed. These noises are not noises that are unpleasant to the human ears. Some people prefer the clean cut audio produced by CDs but the crack and pop of vinyl makes it

#3 Not harsh to the ears

Louder doesn’t mean better but it was the thing in the 90’s. This trend I’m talking about is called “Loudness Wars”, the increasing of the audio levels of recorded music. The louder, the better. But this results in the loss of audio fidelity.

Most digital mastered tracks have been wrung dry of their dynamics and texture making them lose their depth and vitality. This however happened because of a theory when 7 inch singles were played in clubs, pubs and bars. It talks of how louder music or audio levels gain more attention or popularity.

Since vinyl records are audio mediums that are in analog format, they have their limitations. The audio levels of a vinyl record depends on the width of the gaps between grooves and the depth of the grooves. The wider the gap the better the strong deep bass will sound. However, when we talk about CDs, when the music’s audio levels get louder a static-like sound is produced which is very unpleasant to the ears.

It indeed gives a better listening experience because it makes you feel involved in the production of the music you are listening to. If you compare it to CDs where you just get a CD, put it on the CD player and then listen to the songs playing until you get bored or maybe fall asleep, vinyl records are different because they get you involved. When playing a vinyl record, you will have to remove it from the vinyl jacket, put it on the turntable, turn it over to the other side to listen to the next tracks…and so on.

#5. They are more valuable

CDs are affordable but they can’t be sold at a high price, if at all. Vinyl, on the other hand, are collectible items. You can see many unique vinyl records these days that are absolute works of art. Many of the artists today release “Limited Edition” records with their own catalogue number and they come in pretty vinyl packaging. One even contains the blood of famous artists. Imagine how much they will cost years from now. With the CD? Meh. Unless they’re maybe signed by the artists or something. Think of it this way: if you’re to give a gift that would truly impress someone, do you think it’s CD or vinyl? We know the answer.

Vinyl sounds better than CD but many would still argue that the difference in sound quality between CD and vinyl is almost negligible to the untrained ear. But you know why vinyl wins at the end of the day? Because it’s something more than just a medium that contains music, it’s a work of art. It’s special.

We listen to Spotify and CDs like we eat junk food; If we want a full course meal, there’s vinyl.

But how about you? Which of the two formats do you prefer?