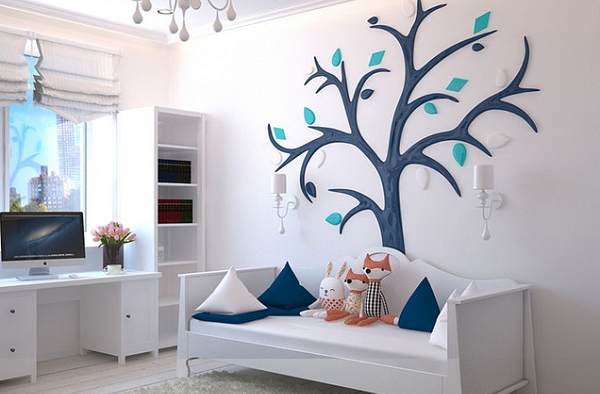 Staying organized is hard enough for most people to do on their own. Throw a family into the picture and organization becomes even more difficult to maintain. Make that a big family – three kids or more – and the prospect of staying organized becomes downright intimidating.

Despite what seems like an impossible task, the truth is there are several ways big families can maintain organization around the house. It’s just a matter of knowing what those ways are and a willingness to put them into practice. As far as the former is concerned, we got you covered:

Using labels, color-coding, and other identifiers is a great way for families with several kids to stay organized. For example, dishwasher-safe LeeLee name labels can be used to keep lunch boxes organized in the fridge and prevent kids from grabbing the wrong one in the morning. Another example would be using color-coded laundry bins to keep everyone’s own clothes in their own separate pile. This can prevent socks from drifting around and other items which are difficult to distinguish as belonging to one child or another.

Prevent socks from drifting around and other items which are difficult to distinguish as belonging to one child or another.

Disorganization is often the result of things not being put back where they belong. Scheduling routine household clean-up times is essential for the maintaining of the organization in a home with multiple kids. Get everyone on board, including your spouse, in order to make the process as team-oriented and democratic as possible. While this will rely on having specific places to put the items being picked up, scheduled clean-up has the added benefit of helping to get rid of trash left on tables and countertops. It also helps to identify the orphaned items which everyone assumes belongs to someone else but ultimately gets claimed by nobody, which can be promptly thrown away.

Another common cause of disorganization is simply having more items than places to store them out of the way. Installing hooks, racks, and shelves in or around entryways will prove useful in maintaining order in homes with several children. Just make sure they’re put to regular use. This has the added benefit of helping to keep important items from being misplaced, including coats, boots, and backpacks. Books, supplies, and other items can also be kept on these shelves to cut down on the time it takes to collect items for school.

Books, supplies, and other items can also be kept on these shelves to cut down on the time it takes to collect items for school.

Everything isn’t meant to be hung up or placed on a shelf. For items which don’t see daily use or only get brought out during specific seasons, opt for a series of bins, cabinets, and other containers for storing them out of sight. Use labels and color-coding techniques to assign storage to certain people to help keep everyone’s things in one place.

Staying organized is hard for just about anyone, but particularly difficult for those in the process of raising a large family. It’s a lot of moving parts to keep track of, but doing so isn’t impossible. The result is a household which functions much more efficiently and smoothly than it did before, providing more than enough incentive for parents to get started today.

Previous Article
Mother’s Day Gift Ideas for Every Special Woman in Your Life
Next Article
Places to Keep Kids Busy Near Hicksville, NY