Style and Substance in Single Player and Online Games 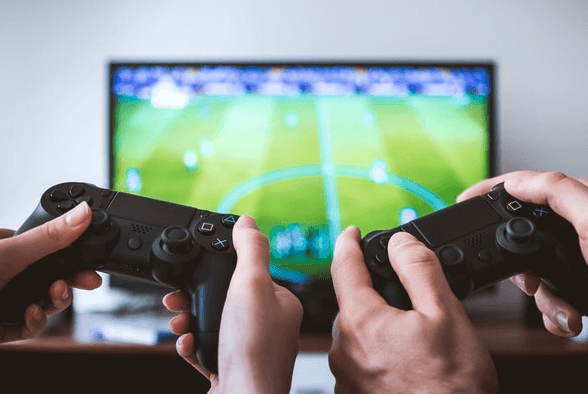 Video game graphics have come a long way since it’s conception. With the rapid advancement in hardware capabilities, video game companies were trying to reproduce real life in their games as much as possible. But along the way, something changed. There has been a shift in graphical art style and many developers started to adopt a more simplistic approach in their games.

As the saying goes “less is more” and video games that have a more minimalist approach to their design tend to be more favored by the masses. The adoption of a simpler art style was also a consequence resulting from the affordability of capable mobile phones. Because smartphones are the prime gadget used by many people, there was a need for high-quality games that could function well on mobile but there are also many games for consoles and PC that take a similar approach.

I’m going to give two examples of games which have memorable and iconic art styles:

Journey and Okami. Journey’s art tries to communicate a sense of calmness and wonder to the player with the use of low contrast and warm colors. At a later stage, cold colors are used to communicate a sense of melancholy and emptiness to the player. Okami is an adventure game that uses a more traditional approach to its art. It’s one of the most iconic games ever made and that is the result of its beautiful and original art style.

Okami is an adventure game that uses a more traditional approach to its art. It’s one of the most iconic games ever made.

The Switch to Mobile

Many, if not most people are able to afford a decent smartphone and so, game developers saw the mobile platform as the next stage in the evolution of gaming. This is a moment where good art style became more important the realism.

Realistic graphics demand a lot of processing power to render frames and at the moment, mobile phones are not able to fit that kind hardware into their build. Therefore, in order to combat that, good art style became the norm for mobile.

The mobile gaming market has many good examples of simple, yet appealing art and gameplay. Some of these games are Worms, Tetris, and of course, Candy Crush. These are the games that have a simple art style, gameplay and understand the concept of “Flow”, the moment in which an activity becomes so important to a person that he or she forgets about everything else around them.

No one could have predicted that online casino games could become so popular as they are today. The most played being slot games, which are other good examples of different art styles. Because of the similarity in gameplay, casino brands rely on artists to give their games an unique personality in order to differentiate their own slots from other brands.

Two very good examples of online slots that have different styles are Lord of the Ocean and Book of Ra. Lord of the Ocean has a maritime theme based on the legend of Atlantis. The game uses cold colors such as blue to simulate an underwater environment and a bright aura for the gameplay symbols which gives the impression of distant light underwater. Book of Ra, on the other hand, has a theme based on ancient Egypt and uses lots of brown-ish colors to simulate the inside wall of a pyramid. The gameplay symbols are also inspired by Egyptian hieroglyphs and characters are based on an Indiana Jones look.

There is no denying that realism in video games is impressive, but they don’t always work. Not everyone can afford the kind of hardware needed to run graphically intensive games, therefore, in order for a game to reach a wider audience, game developers need to be smart with the way they develop video games.