A guide to dress codes for expats in Malaysia 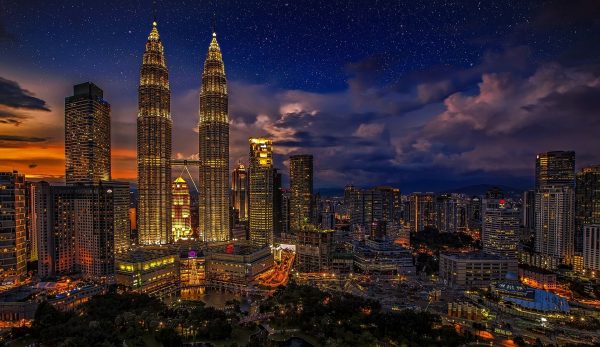 Thanks to a blend of peoples and cultures in the region, expats from across the globe are likely to find Malaysia a welcoming place to live and work.

Officially a Muslim country – with 61.3% of the country practicing Islam according to 2010 estimates – many other religions are also practiced side by side: 19.8% of the population is Buddhist, 9.2% Christian, 6.3% Hindu, and 1.3% Confucian, Taoist or following other traditional Chinese religions.

As welcoming as this diversity may sound, expats must be careful to consider how the conventions of these different religions and cultures may influence their integration. This is with a view to how such consideration could help them to avoid causing offence as a result of what they wear, say or behave. However, expats are not expected to practice Islam or any other religion, and the people are generally understanding and welcoming towards foreigners.

When it comes to clothing, there are no laws banning shorts, miniskirts, or other revealing clothing, but it is advisable to respect local culture and traditions wherever possible. Formal laws however aren’t the only thing to consider. Moral customs must be considered as well. Going dramatically against the grain may attract a lot of attention, not all of which may be positive.

When living and working in highly urbanised areas of Malaysia like Kuala Lumpar, Penang and Kuching, expats will find that the influence of global culture means there is more openness and acceptance in terms of variation in dress code.

It is important to be aware of this when visiting other parts of the country.

In general, Malaysian people are conservative in both their manner and dress. Expats should be aware of this and try to avoid clothing that is tight or that could be considered revealing, regardless of gender.

At first it might appear challenging for expats to conduct business without causing offence when work colleagues are a diverse blend of Malay, Chinese and Indian cultures. With each culture having its own social and cultural conventions, expats might feel under pressure to understand numerous subtleties simultaneously. In fact, business culture in Malaysia is rather simple, and this is reflected in the etiquette for work clothing

In the same way as they are in Western countries, the standard attire for men working in business is a white shirt, a tie, and a jacket. Female expats can dress as they would at home, but should consider opting for more conservative dress, with skirts to the knee a preference out of respect for the local customs.

With such a mix of cultures, Malaysia has a welcoming and understanding business culture.

More than many Asian countries, women do have an equal footing in the Malaysian workplace. While there is a lot of freedom for women in terms of business attitudes and attire, clothing that covers the whole body and headscarves are common.

Outside of tourist areas and major cities, Malaysia is generally conservative in dress and principles. For both men and women modesty is important even at casual events or on days off work. As the official religion, Islamic tradition is widely respected meaning torsos should be covered and sleeves should reach to the elbow at least. Similarly, dresses should reach below the knee. Despite these rules being more relaxed on beaches and when playing sport, many people still seek to comply as far as possible.

The humidity of Malaysia could take expats some time to get used to. As well as helping to fit in culturally, wearing loose clothing with longer sleeves will make it easier to keep cool and avoid sunburn. It is important to remember that shoes are expected to be removed before entering somebody’s home, so make sure your shoes are easy to get on and off.

Clothing etiquette for dining out tends to follow the same conventions as other casual events – more informal than work, but still respecting the local conservative conventions. This means short sleeves for men and the option to wear trousers for women

While this is a more casual location, it is important to be aware that some traditional venues and upper-class restaurants – especially those in conservative areas of the country – may have a more traditional clothing policy. It is likely that they will not allow guests to enter who they deem to not be dressed conservatively enough. If in doubt, err on the side of caution and avoid revealing too much skin.

Day-to-day dress in Malaysia is similar to the West, but traditional dress and accessories are used for special occasions. Traditional attire for Malay men is the baju melayu – a tunic worn over trousers with a sarong known as a sampin. The female equivalent is known as baju kurung. This is a knee length blouse often worn with a scarf (tudung) or shawl.

As a mark of Malaysia’s inclusivity, everyone celebrates the major festivals of each religion, regardless of race or religion. While this offers around 26 days off work for festivals as diverse as Thaipusam, Moon Cake Festival and Hari Raya Aidilfitri, it also gives expats the opportunity to get involved and gain a better understanding of this incredibly inclusive culture.

Expats need to be aware that with so many religions being widely practiced in Malaysia, there are also many varied rules and expectations of acceptable behaviour and clothing.

While there is no expectation for tourists to follow the country’s generally conservative dress code, expats should aim to stick to this convention while living in Malaysia out of respect for the country’s culture and traditions.

Until expats have settled into the area they are living and gained a better understanding of what is expected locally, they should try to avoid short-sleeved clothing, short skirts or tight-fitting clothing.