Why the sudden boom in men getting cosmetic surgery? 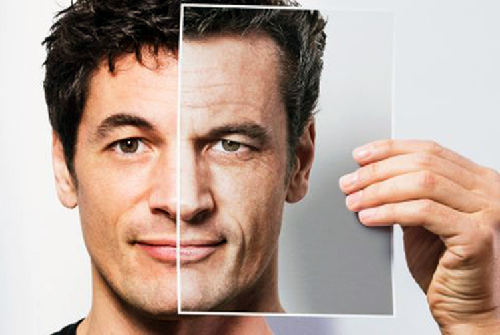 From liposuction, to facelifts, all the way through to laser hair removal, cosmetic surgeries are becoming more and more popular with every passing day – and not just for women. In recent years, there has been a boom in men seeking out cosmetic surgery, with the American Society of Aesthetic Plastic Surgery reporting that the number of cosmetic procedures on men had increased by over 106% between 1997 and 2012. But why is this the case? What’s so different now to the 1990’s? Read on to find out!

What surgeries are they getting?

One of the first things that will help us work out exactly why men are opting for cosmetic surgery is to look at the trends in the procedures that men are actually seeking out. One of the most notable procedures that men are seeking out is liposuction. Typically, taking fat away from the abdomen can help better show off abs and muscles, so is it truly so hard to see why men are opting for such a procedures? The healing process can be difficult, but the results are more often than not thought of as being worthwhile. Similarly, pec enhancement is growing in popularity, but is most popular among men who make money with their bodies in one way or the other, from models to body builders. For the ‘average Joe’ however, gynecomastia – a breast reduction – and jaw augmentation are two of the most common procedures. Limiting the size of ‘man boobs’ is a commonly sought after procedure, and jaw augmentation is usually used to make a jaw more angular and strong using Juvederm, a type of hyaluronic acid.

Just like with women, celebrities play a huge role in how men feel about themselves and what they should look like. Men aren’t immune to feeling self-conscious, and with the ‘perfect body type’ being broadcasted on show after show and in movie after movie, it’s impossible not to feel a little self-conscious at times. But what if that grows to a genuine desire to look like the men they see on TV? Well, that’s where cosmetic surgery can come in. For those willing to pay for the procedures, cosmetic surgery can be a relatively quick and easy way to get the body shape they desire – not that much different to women, really.

Social media acts in the same way as celebrities, but on a larger, closer-to-home scale. Men of all ages can be found on social media, and with an ‘ideal’ body type broadcasted over Instagram and Facebook, it’s difficult to avoid.

Just like with celebrities, men can find themselves feeling self-conscious about their own bodies and features, and cosmetic surgery can be the answer.

On the flipside, men that may have never considered cosmetic surgery before might be faced with the industry on their social media accounts in one way or the other, opening them up to the idea of cosmetic surgery for men being far more common than originally thought.

With advancements in technology and the growing popularity of cosmetic surgery increasing demand, the availability of certain procedures has never been higher. Plastic surgery is no longer just for the famous and rich, with more and more procedures being affordable – to an extent – for the ‘average’ person. Costs aside, procedures are just more accessible as a whole now. An increase in demand has caused an increasing number of surgeries to open themselves up to offering cosmetic surgeries, and this is the same for both men and women.

Less invasive surgeries mean less scarring, and less scarring means men don’t have to be as open about their procedures as they have been in the past. It’s easy to hide any scars – if there are any at all – from procedures, so there’s no need to explain where a scar came from if they don’t want to. Similarly, less scarring in itself has encouraged more men and women alike to go under the knife simply because the results are more natural, and the recovery times are far shorter for non-invasive or less-invasive procedures!