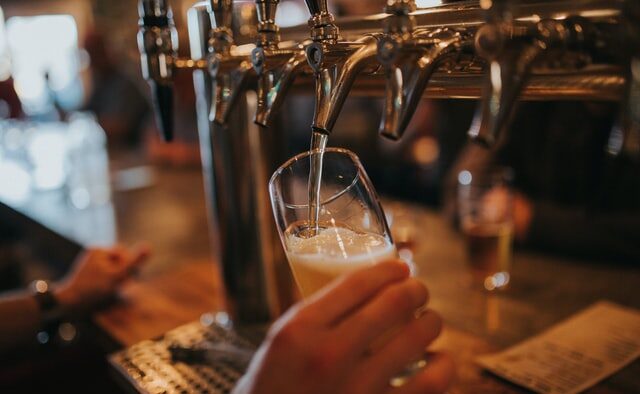 Much like a person that does CrossFit, you’ll know right away if you’re dealing with an IPA drinker—they’ll tell you right away. There’s something about IPAs that always leaves people trying to go bigger, harder, stronger with the flavours of the Indian Pale Ale. Perhaps it’s the strength of the hops. Perhaps it’s the bitterness of the beer. Either way, if you’re an IPA-lover, there are a few notable styles you need to try.

It would be unfair to talk about IPA without first giving a nod to England, the accidental creators of the drink. British sailors traveling to India would add hops to the beer, as it acted as a natural preservative. During these long boat journeys, the longer addition of hops would lead to a loss of fruity taste, and an addition of bitterness. This became the IPA as we first knew it.

Therefore, any IPA drinker needs a classic English IPA. These beers are light in colour, usually a pale gold. They are light, citrusy, and grassy, and are celebrated worldwide. New Zealand beer, Australian beer, and American beer all take notes from the English IPA. Many create their own versions of the first true IPA.

While this could be any west coast of the world, this specifically refers to America. More specifically? California. This IPA is made from using well-known American hops such as Chinook, Cascade, and Citra, which give these beers a citrusy taste with a very bitter profile. These IPAs can sometimes range very high in IBU, or international bittering units.

This is a classic IPA and is worth mentioning. As people became numb to the bitterness in their IPAs, brewers found a way to push boundaries. Enter the double IPA—more hops are used for a longer time. While this does create a sweetness due to the stronger alcohol, it is balanced by the bitterness of the hops. The result is a slightly sweet beer with a malty, hoppy backbone.

This is worth noting due to its rarity. Many brewers will not regularly produce triple IPAs, which can vary in the 12-13% range for beer. Breweries might produce these once a year, and they typically sell out within days—sometimes, hours!

If you already enjoy beer, IPAs are a great next step. This popular and international beer is here to stay and continues to expand.

Previous Article
Three Ways Your Lifestyle Might Have Led You To A Hair Transplant
Next Article
Euro 2020 Fantasy Football Tips, Hints and Advice