Single Malt Scotch Whisky Brands to Add to Your Collection 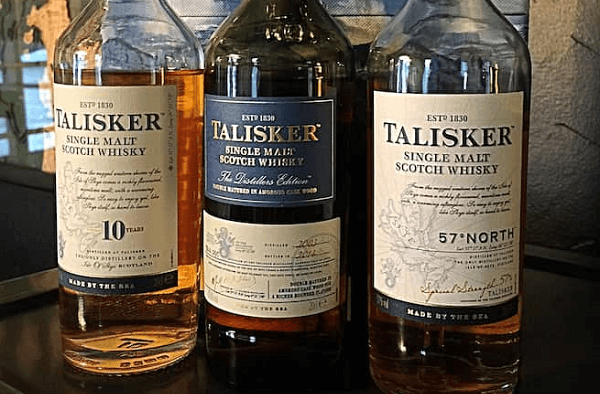 One of the most revered spirits around, single malt Scotch whisky is considered the ‘original’ whisky of Scotland.

Whilst single malt whisky—a whisky made only from malted barley in one distillery—has long been popular, it wasn’t until 1963 that it was marketed outside of Scotland. Now consumed across the world, single malt Scotch should be a staple in your whisky collection.

Amassing an abundance of awards down the years, from Whisky Bible’s World Whisky of the Year to World’s Best Single Malt Whisky at the World Whiskies Awards, Ardbeg is an essential single malt Scotch whisky for your collection.

First made in 1815 by the MacDougall family, Ardbeg’s classic 10-Year-Old whisky is celebrated for its intensely smoky and peaty flavour—in fact, some of the world’s smokiest drams are made at the Ardbeg distillery, on the south coast of the Isle of Islay. The initial smokiness gives way to the malt’s natural sweetness for a perfectly balanced, award-winning Scotch. Other whiskies made by the distillery include the Corryvreckan and Uigeadail editions, which feature pepper and sherry flavours respectively.

The initial smokiness gives way to the malt’s natural sweetness for a perfectly balanced, award-winning Scotch.

The Ardbeg distillery has run into trouble in the past, falling foul of the global whiskey downturn in the late 1970s, which resulted in a period of almost total idleness up until 1997. It was at this point that Glenmorangie PLC decided to take over the distillery, and set about restoring it to its former glory. The Ardbeg distillery has flourished since and, thanks to Glenmorangie’s intervention, you can still get hold of its whisky with ease.

Regularly winning honours at the World Whiskies Awards and San Francisco World Spirits Competition, Talisker is another acclaimed single malt Scotch that should be high up on your list of prospective buys.

Its flagship 8 Year-Old single malt is renowned for its striking peated and smoky flavour, with Talkiser’s peaty process water coming from the twenty-one underground springs near the distillery. Its unique flavour emanates from the peat burned during the malting process, whilst hints of black pepper, soft fruits, cereal, and vanilla also come through. The distillery produces an extensive range of whiskies, including Skye, Dark Storm, and a number of more mature bottles. This includes their Talisker 27-year-old bottle, which has a current market value of around £475. These rare edition whiskies are highly coveted by collectors, and can fetch up to £2,000 at auction.

The distillery produces an extensive range of whiskies, including Skye, Dark Storm, and a number of more mature bottles.

Cragganmore was first made in 1869, when its namesake distillery opened in the Banffshire village of Ballindalloch. The whisky and its distillery take their name from the mountain that casts a shadow over the distillery, the 1,600ft Craggan More mountain, which translates from Gaelic as “big rock”.

Cragganmore’s 12 Years Old whisky is characterised by its rich, floral taste, with spice, citrus, and fruit flavours also coming through as it matures. It uses lightly peated malt, and requires a long fermentation process using distinctively shaped stills, which have a flat top and short neck instead of a conical neck like most other pot stills. This distinctive shape is said to be one of the reasons behind the unique taste and aroma of Cragganmore whisky, with the late Scotch whisky author Michael Jackson commenting that Cragganmore whisky has “the most complex aroma of any malt”.

Scotch whisky author Michael Jackson commenting that Cragganmore whisky has “the most complex aroma of any malt”.

The final single malt Scotch whisky brand we recommended to add to your whisky collection is Dalwhinnie, which has been eulogised by critics and connoisseurs alike. Its numerous gold awards in both the International Wine and Spirit Competition and San Francisco World Spirits Competition are a testament to just how highly regarded this Highlands whisky is.

Dalwhinnie distillery was founded in 1898 by investors John Grant, Alex Mackenzie, and George Sellar, its site chosen for its proximity to the clear spring waters of Lochan-Doire-Uaine, and the peat from the surrounding bogs. It is also the highest distillery in Scotland, located a gargantuan 1154 ft above sea level.