The best art galleries in the world 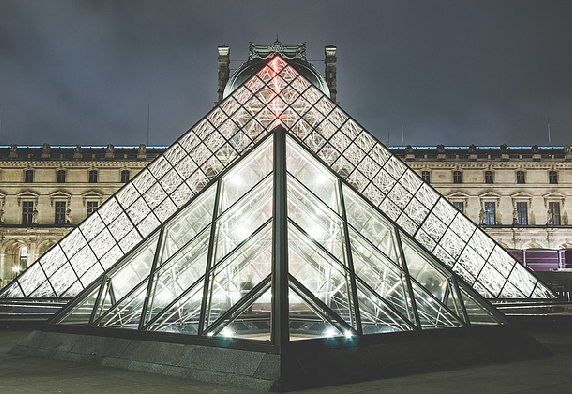 The Tate Modern in London often gets this accolade with its industrial allure and well-represented collection from the entire 20th century, although the Pompidou Centre in Paris is credited with the biggest collection. New York’s Museum of Modern Art and the Guggenheim in Bilbao are also thought to be two of the greatest places to view modern art in the world.

Seeing as it houses the most famous painting in the world, this accolade should really go to The Louvre in Paris.

Home to Da Vinci’s Mona Lisa, a trip to the Louvre should be on everybody’s lifetime bucket list.

Biggest in the world

Whilst The Louvre has the largest floor space, it’s the State Hermitage in St Petersburgh that boasts the largest amount of paintings and is also considered the oldest art gallery in the world. Built by Catherine the Great to showcase St Petersburgh as a global city, the building itself is as remarkable as the three million pieces of artwork inside.

Best in the US

The most famous museums of fine art are located in Europe, these include the aforementioned Louvre as well as the Prado in Spain, the Ufizzi in Italy and the National Portrait Gallery in London. However, a fair amount of masterpieces found their way across the pond and now reside at the Metropolitan Museum of Art in New York, the biggest art gallery not only in the US but in the Western hemisphere. There are paintings by Vermeer, Botticelli, Degas, Rembrandt and Rodin, as well as 20th-century American painters such as Edward Hopper, Andy Warhol, Jackson Pollock, Georgia O’Keeffe and Grant Wood as well as ancient works from Egypt and Greece.

Arguably situated in the ideal place for showcasing Renaissance art, the Uffizi is located in central Florence where this movement flourished in the 14th century. This rather grand museum is a mecca for many art students and includes paintings by all the most famous Italian artists, including of course Michelangelo, Donatello, Leonardo Da Vinci and Raphael.

There are a huge number of superbly unique galleries in the world, notably, Die Sammlung Boros, a private collection of contemporary art found in a disused bunker in Berlin. The German capital is a city with a hugely vibrant alternative arts scene, and its East Side Gallery is further testament to this. Street art and political art have been painted onto the old walls that once separated the city, now seen as a tribute to freedom and liberty. Another contender is the Night Museum in LA, which feeds off the city’s darker, evening vibes. Open only form 10pm to 2am each night, not only does it display an ever-changing and eclectic collection of contemporary art, it’s also a meeting point for local artists.

With so many of the best galleries located in Europe, art lovers would do best to start their world art tour here. If you’re traveling from the UK, make sure you get an e111 renewal online before you go.