How to Choose Body Armor 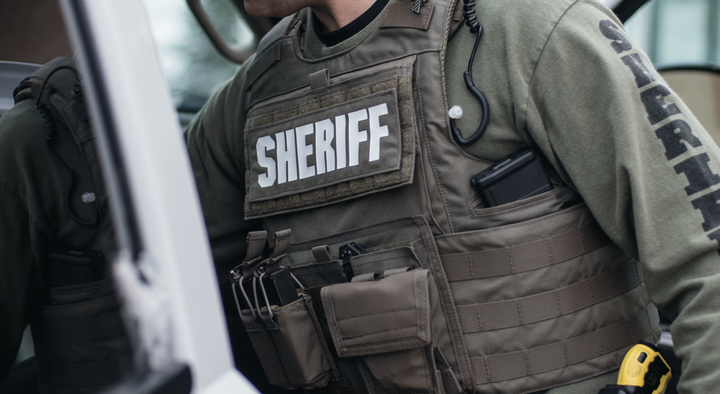 What people often don’t realize is that police officers, and other first responders may have to buy their own body armor. Even when officers are provided body armor, their procurement officials might not choose the right products.

If you’re a police officer, security guard, or anyone who works in a similar field, not having the right body armor or bullet-resistant vest can be deadly.

There are standards set by the U.S. Department of Justice about body armor, but that doesn’t always mean those individuals responsible for procurement are completely aware of what these standards are.

Additionally, body armor needs to be replaced on a regular basis, and it does degrade with more wear and tear, which can also put your life in danger.

The decision as to whether or not officers even have to wear this type of gear varies depending on the local department and government officials.

If you’re someone who’s job might require that you wear body armor, it can be helpful to have a base of knowledge to keep yourself safe.

The following are some general things to know about body armor and choosing it.

What If You’re a Civilian?

First, while we touched primarily on officers searching for body armor, civilians may be in the market for it as well. It’s legal for nearly everyone to own body armor with few restrictions.

Some of the people who might wear it include hunters, motorcycle riders, people who work at airports, high-risk communities, bail services workers, recreational shooters, and bank employees. This guide works for these people as well.

If you wear body armor during a crime, however, it can increase the penalties you face.

The primary consideration to keep in mind when choosing body armor is the threat level. Two other big considerations are cost and weight.

The threat level is the most complex of the three major factors that go into buying body armor, and the National Institute of Justice has a certification program that breaks armor into threat levels.

The threat levels range from II to IV.

Level II armor is usually soft armor, so it might be made of a woven material like Kevlar. Level II armor tends to be flexible and somewhat comfortable.

Level III-A is next, and it’s on the soft side as well, but you can also find rigid armor plates that are rated as III-A.

Level IV is the highest rating.

There’s a fair amount of complexity that you have to account for when comparing these ratings because the ratings are based on the type of bullet that could be theoretically stopped by each.

Above was mentioned soft armor. That’s one broad category of body armor, and the second is hard armor.

Soft armor is usually a vest that you might wear under a uniform.

Hard armor might be made of something like steel. Hard armor is intended to shatter a round, and that would then lead to a dispersal of the energy to prevent penetration from occurring.

There are many factors that can impact how effective body armor is, and it’s not entirely impenetrable under every situation.

Understanding factors affecting effectiveness can be critical or life-saving.

For example, moisture can be very problematic to soft armor and may cause it to degrade faster than it would typically. The soft armor fibers can get wet and they start to weaken and spread. That means gaps in the coverage provided by the armor.

Most types of body armor are only intended to take one or possibly two hits to a particular area.

If there are multiple hits within the same general area, it can compromise the effectiveness of armor.

As was touched on, wear and tear can degrade the effectiveness of body armor as well. All armor should be inspected and potentially replaced once a year.

Finally, regardless of the specific materials or type of armor you choose, it has to fit well. If your armor doesn’t fit well, it may be bulky or uncomfortable, which means you’re less likely to wear it when you need it.

While you’re going to notice you’re wearing armor, you want it to be manageable, and fit plays a big role in that.

Body armor is so important in some situations that you may need to look beyond cost and think more about the factors above, because of the difference it can make in life or death.

5 ways to give your girlfriend an unforgettable birthday
George Lavas September 24, 2020