The Rise of Vaping and the Fall of Smoking 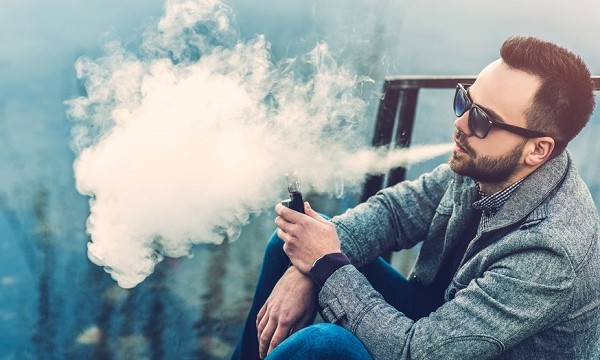 Walk down any high street in the land and you will see people vaping, the use of electronic cigarettes has, in a little over 10 years, become mainstream and as a result many people are living healthier lives. Here we examine why as we track the rise of vaping and the fall of smoking.

Vaping is a simple concept, a battery, enclosed in a handset is connected to a tank. The tank contains a coil that is wrapped in cotton and the user fills the tank with e-liquid, which in turn soaks into the cotton. When the battery is activated, the coil heats up, vaporises the e-liquid and the user inhales the vapour.

E-liquid comes in a wide range of flavours and mixed in with the ingredients is nicotine and so when the vapour is inhaled the used gets a nicotine rush, just as they would whilst smoking a regular cigarette. The difference is with vaping, nothing is burned and so almost all of the harmful effects of smoking, ingesting carbon monoxide, for example, are eliminated. Public Health England maintain that vaping is 95% less harmful than smoking and this is why so many smokers have turned to vaping as an alternative to cigarettes.

A report published by Action on Smoking and Health (ASH), in 2017 showed that only around 17% of the adult population of the UK still smoke cigarettes. To put this into context, in the mid 1940’s, at around the time the second world war ended, approximately 95% of men in the UK smoked cigarettes.

The ASH report also praised the UKs approach to tackling the problem of smoking, citing the regulatory framework that has been put into place and this includes the use of alternative products such as vaping devices.

“Sweden and the UK have on the contrary adapted their views and policies to include the use of these products. The result? Sweden has one of the lowest smoking-related cancer rates in Europe, while the UK is successfully reporting the lowest number of smokers recorded since the 70’s.”

Electronic cigarettes and other vaping products are widely available from reputable companies like VIP who were one of the first businesses to supply the devices to UK customers. Indeed, far from burgeoning the vaping industry is thriving and this serves as a clear reflection of the fact the vaping is now in the ascendancy whilst smoking could soon become a thing of the past.

Previous Article
Tech Review: Must Have Phone Accessory – myFlipShade
Next Article
How To Stay Fit While Vacationing

How To Stay Fit While Vacationing
George Lavas May 17, 2018