4 Stops to Make on Your Long Island Itinerary 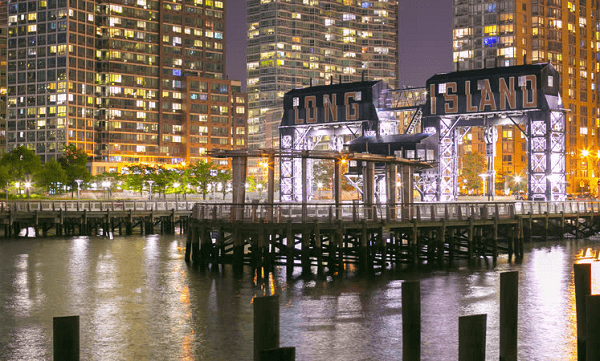 Long Island, located in New York, is known for its beaches, wineries, countryside, and proximity to New York City. While Long Island officially includes the New York City boroughs of Queens and Brooklyn, generally “Long Island” means the counties of Nassau and Suffolk, east of New York City. Long Island is the perfect place to get away from the bustle of the city and enjoy the island’s relaxing vibe. Here are four stops to make on your Long Island itinerary.

The Hamptons, on the far eastern edge of Long Island and part of the South Fork, is the place for the rich and famous. Designer boutiques dot the downtown streets, and seaside mansions hide behind gates and manicured lawns. But you don’t need to be rich, nor famous, to enjoy what the Hamptons have to offer.

Stop at the Montauk Point Lighthouse and Museum, a National Historic Landmark, to take in some of the history of this coastal area. Stroll the streets of Southampton, and spend a day on the sand at Coopers Beach. Though the Hamptons can be enjoyed in a single day, why not rest in the lap of luxury a bit longer?

On the northern shore of Long Island, bordering Long Island Sound, is what is known as the “Gold Coast.” The Gold Coast is full of lavish, historic estates (some of which are open to the public), originally owned by names like Vanderbilt, Astor, and Whitney.

Spend a day or two exploring the Gold Coast’s rich history with a trip to the Sands Point Preserve, a 216-acre retreat with hiking, wellness classes, and tours of Hampstead House and the Falaise Museum, two gilded-era mansions. In the afternoon, check out the Nassau County Museum of Art.

A trip to Long Island is a great getaway from New York City, as well as a worthwhile destination in its own right

If a quiet experience in nature is what you’re after, look no further than Fire Island. Fire Island is a 31-mile sandbar off the southern edge of Long Island, reachable by ferry from Sayville, Bay Shore, and Davis Park.

Climb up the Fire Island Lighthouse, whose beam is visible for 24 miles, before taking a hike on The Sunken Forest’s mile-long boardwalk. Make your way to one of the bigger towns, like Ocean Beach, for cute shops, bars, and restaurants. Private vehicles are restricted on Fire Island, so do as the locals do and bring a bike to get around.

A trip to Long Island is a great getaway from New York City, as well as a worthwhile destination in its own right. Enjoy beaches, history, a bit of luxury, and a whole lot of natural beauty on this popular island.

Previous Article
Places to Keep Kids Busy Near Hicksville, NY
Next Article
How to Create the Ultimate Man Cave

How to Create the Ultimate Man Cave
George Lavas April 15, 2019